Sean Bridon is a popular artist who was born in Gabonese and also raised in there. His composed songs has made different kind of fan base of him on different platforms.
He is one of the most followed Gabonese artists on social networks. He has a huge impact in their hearts, this can translate into their immediate responsiveness. 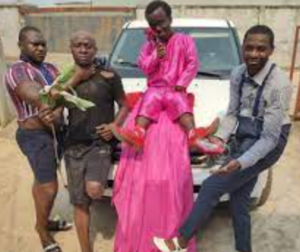 He is a very productive artist who regularly release new videos to the delight of his fans. He doesn’t think it’s a duty to him always stay with his audience. Once he said one of his interviews that,

“Duty is what is imposed on us as what we should do no matter what. It often comes into us with our own desires: what I have to do is not what I want to do. So no it’s not a duty but a love.”

Simplicity is the highest quality of his expression, it is a quality that makes the difference between he and the other artists.
In his music he tackles a lot of theme. It’s a message of his hope for his association, a love song dedicated to orphans. The title “MY SHIELD” is also a message that he sends to Osiris and especially to God.

He has a foundation called “Un coeur pour la mission”. It is a foundation leading projects of national solidarity for orphans. It has existed for 2 years and it continues to grow. It’s a dream come true for him.